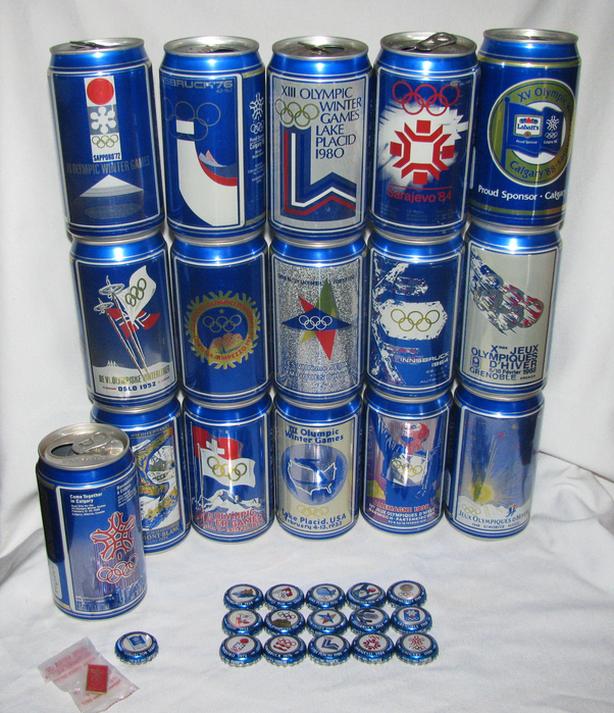 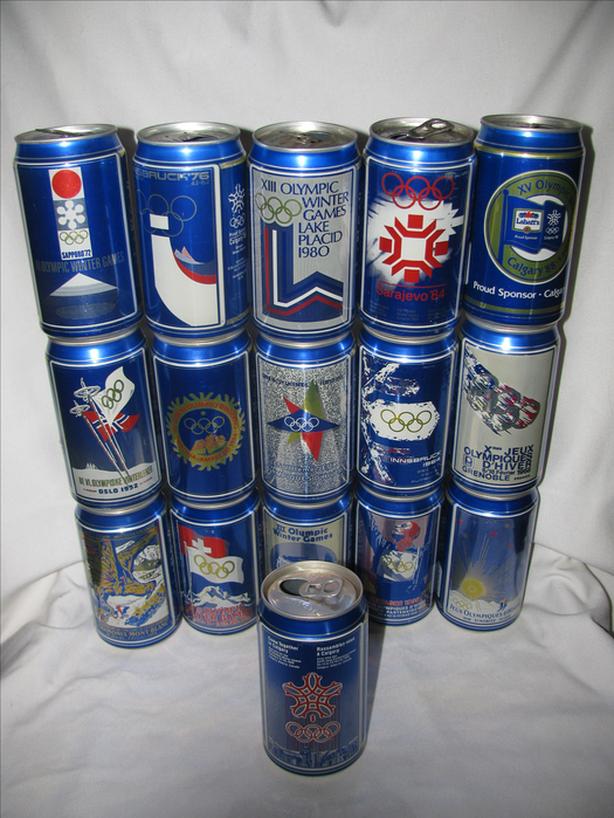 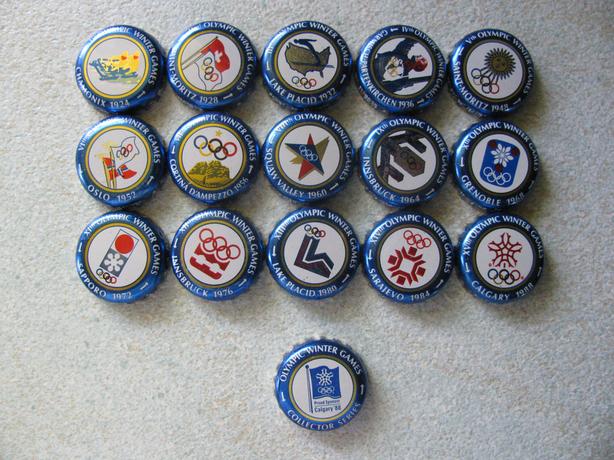 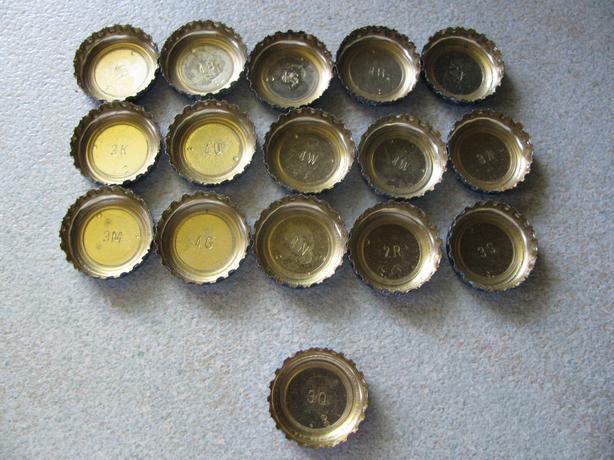 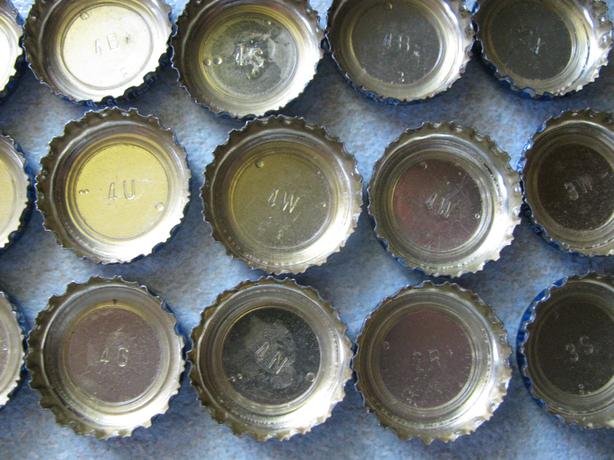 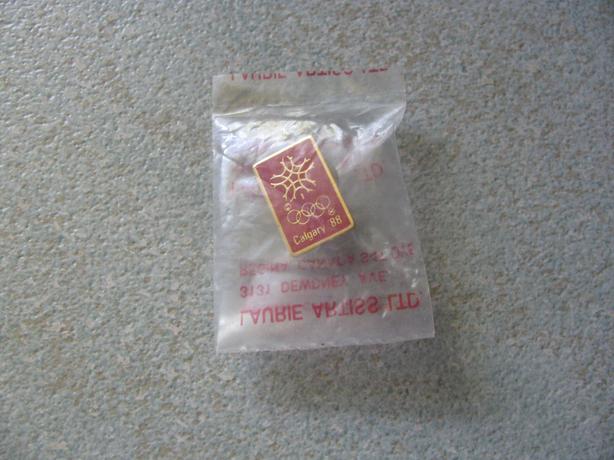 During the 1988 Winter Olympics, held in Calgary, Alberta, Canada Labatt's was the official beer sponsor...lot includes 1 each can and bottle cap for years 1924-1988 (excluding war years) plus 1 sponsor bottle cap & can...You get 16 cans, 16 crowns & 1 (factory sealed) Calgary '88 Olympics lapel pin. Cans show minimal wear with 1 having a small dent in the bottom, they're all clean & empty, with tabs pulled but some are either missing or inside the can...I don't know if the crowns were ever used, they're clean & not bent and there's a number & a letter stamped in each!