Tap to go to our mobile site

Advanced Search
Back to Listings 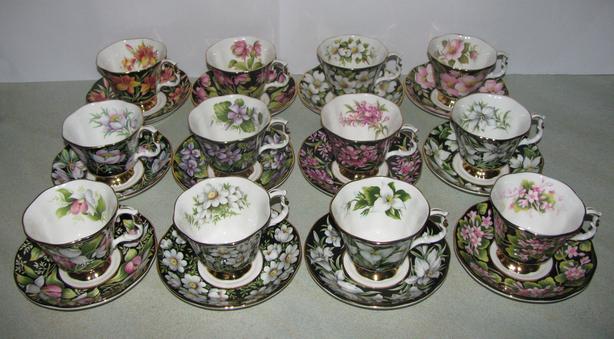 This collection is an estate find & features all 10 Canadian provinces & 2 territories. For those of you that don't know, Canada now as 3 territories but Nunavut is not included because, as of 1975, the production year of this collection, it was still a part of the Northwest Territories, which is featured in the lot - Nunavut did not separate until 1999. They're all marked on the bottom Royal Albert bone china, provincial flowers, the name of the flower, 1975 Royal Albert LTD. England. I've listed the 10 provinces & two territories alphabetically with their corresponding flower (the individual provinces are not named on the pieces, just the flower).
All pieces are in excellent, near mint, previously own condition.
(WILL NOT SEPARATE)...